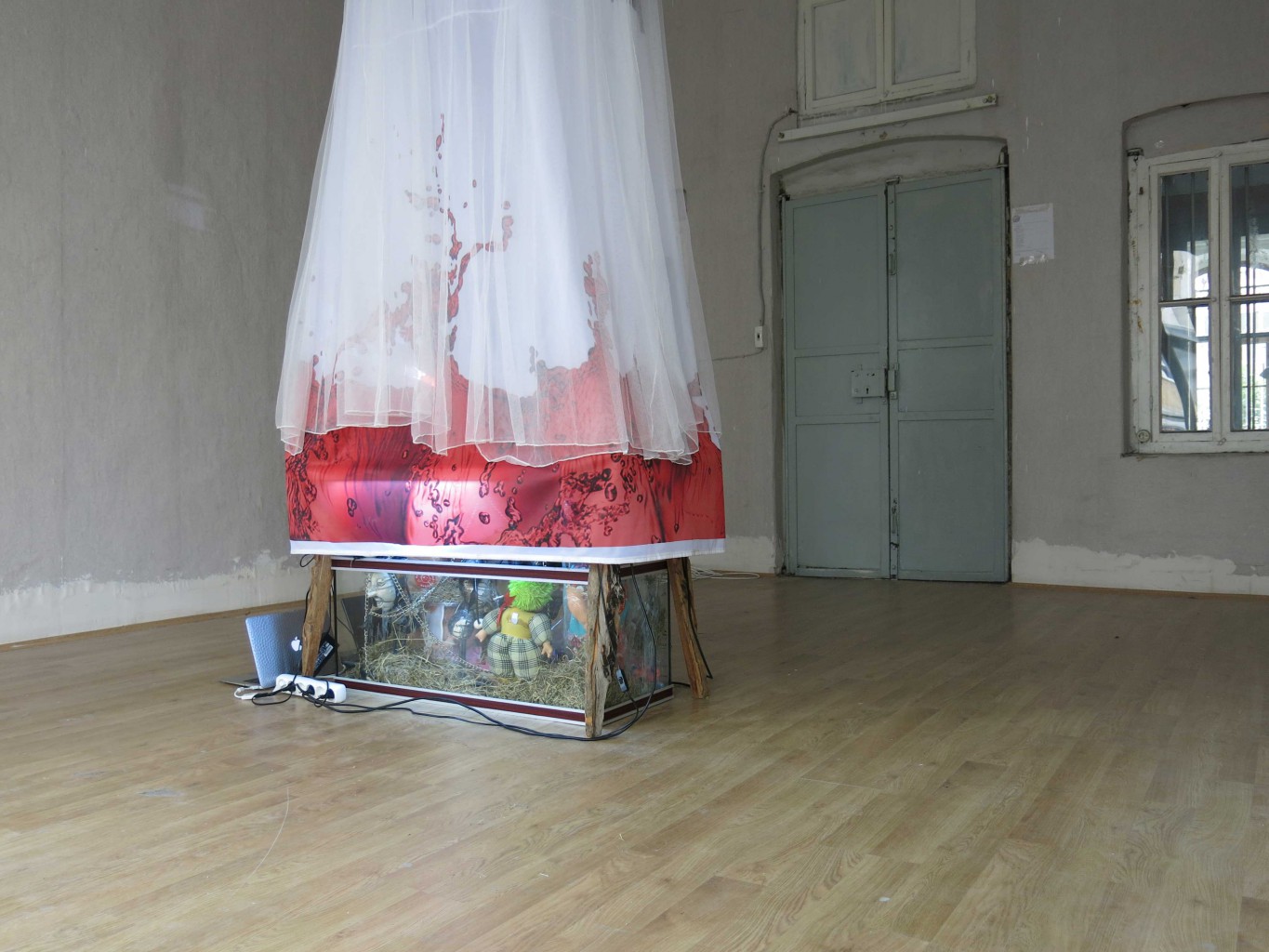 David Douard is the first artist to inhabit the Caferiye Han in the old city where he has started to work in the studio. David has initiated a conversation with the city by preparing a site-specific installation founded on parts of his crucial artistic vocabulary. For the exhibition, Douard constructs an environment of particular self expression moments, ambivalent articulations of speech and poetry that challenges the historical hierarchical binary of black and white, with a special music event to follow including collaborator and composer BUNTLAX.

Directions to Caferiye Han:
Tram: Get off at Beyazit, Grand Bazaar, 5 Min walk to Mercan Caddesi.

ABOUT CAFERIYE HAN
Caferiye Han was built in the 19th century in Mercan Istanbul. It has continued to be an active workplace, production studios and storage halls for the ‘makers’ of the city’s traders in apparel, hats, and uniforms. Istanbul’s Han workplace infrastructure mirror’s many of the values sought in the contemporary entrepreneurship cultures of knowledge creation, creative industries and maker’s synergy. The re-thinking of the Han workplace/production sub-culture both allows to intensify the uses of many under utilized buildings in the historic peninsula, but also rehearse ways timeless industry and new economies can co-create and co-flourish in concert.

This city research will observe and document the formal and business changes in Caferiye Han as a variety of studios are let, sub-let and programmed for activities.