Volume Excess by George Henry Longly follows the process of making a plaster cast of an athletic, tattooed male body. Firstly layers of vaseline, alginate, burlap and plaster are applied over the models body. A highly detailed but fragile mould is produced. The mould is filled with plaster and pigment, which dries and is dismembered on a marble base. Limbs, torso and fractured shards drift past the lens, forming a monochromatic landscape.

Closeup shots of the process are accompanied by a score co-written and produced by Andrew Spence, incorporating pulsing techno soundtrack and synthesized spoken word.

4th century scholar Jerome wrote that when Istanbul, then Constantinople, came under Roman rule it was ’dedicated by stripping all other cities.’ This makes it perhaps the perfect place for Longly to extend his teasing out the subjectivity, and sexuality, of the classical ideal. In its opposing aesthetics the film brings the demands of classical idealism into conversation with the technologies of the gaze over the past century. 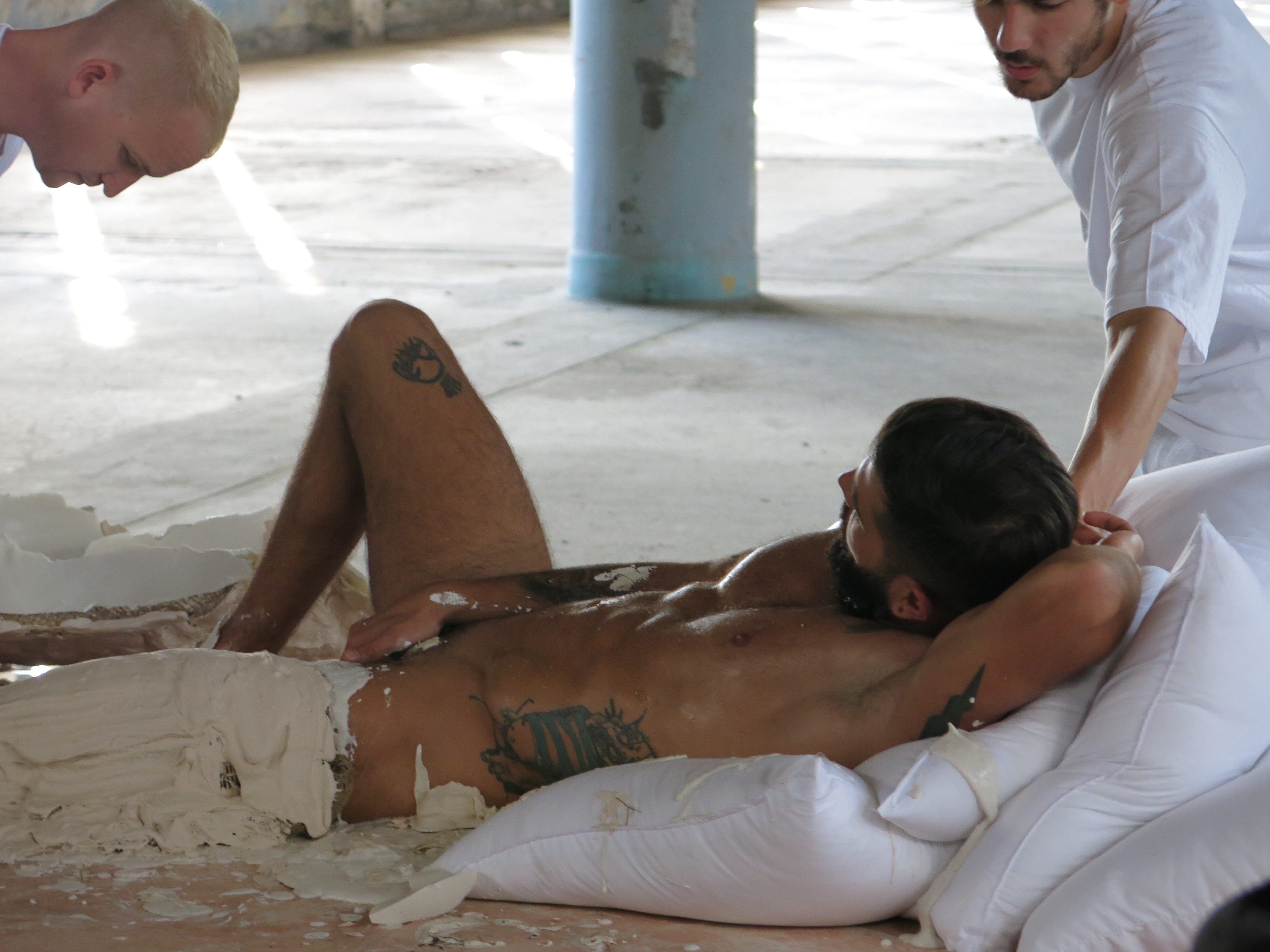 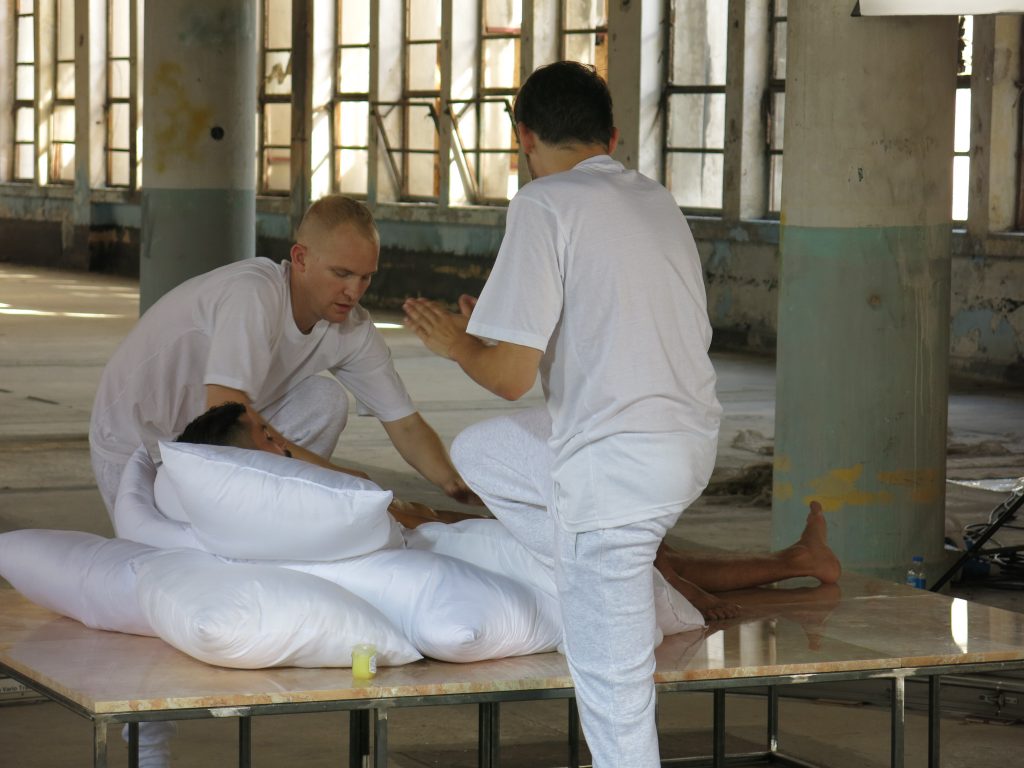 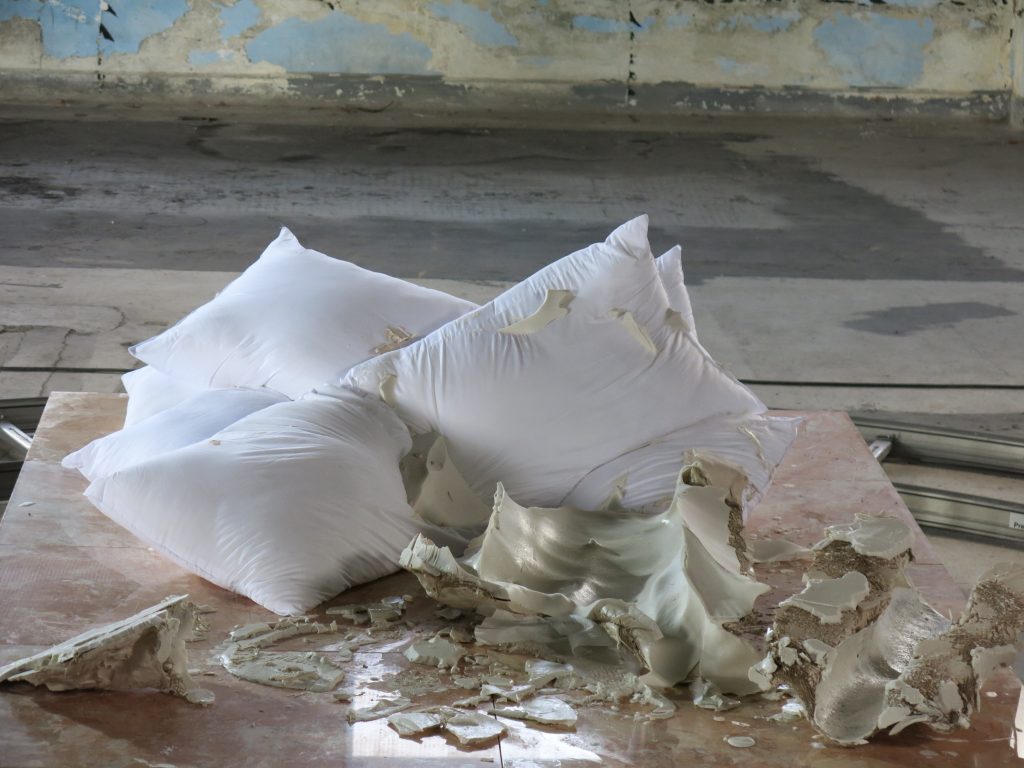 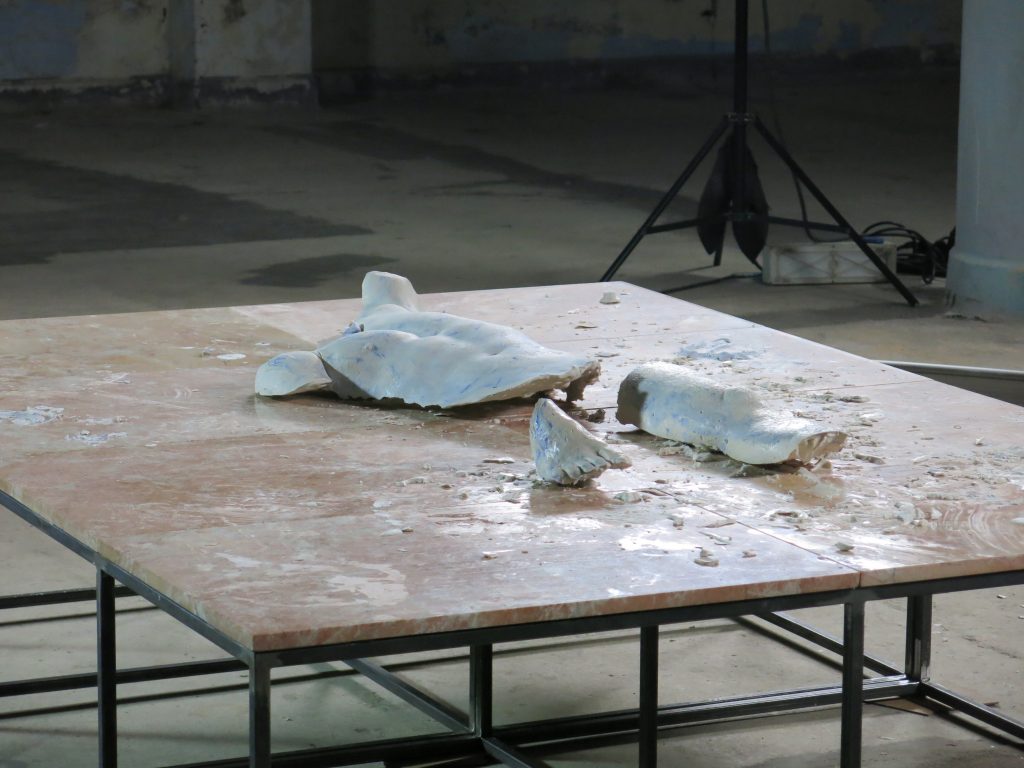 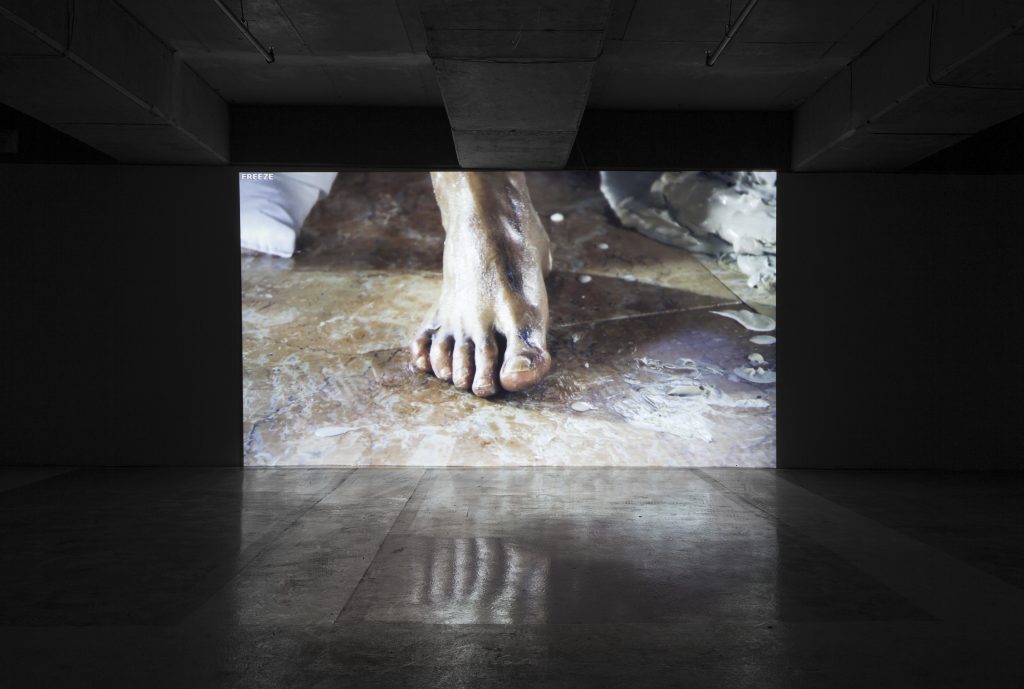