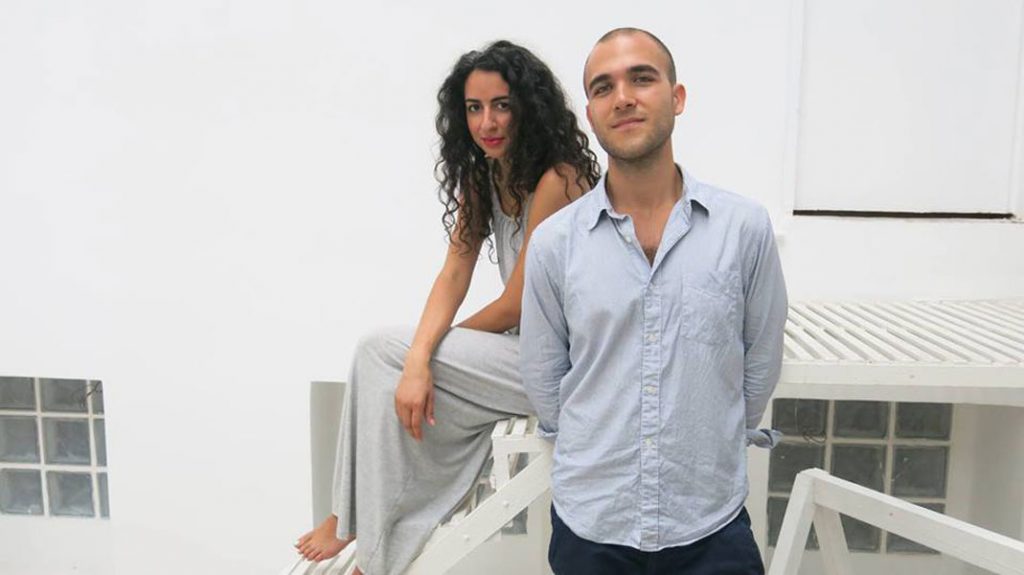 Aya Mousawi has dedicated much of her career to the non-profit arts sector. In 2013 she co-founded The Moving Museum and for five years prior to that was Assistant Curator for the renowned independent arts initiative Edge of Arabia. During this time she has realised several ground breaking exhibitions in London, Berlin, Istanbul, Dubai, Doha and Jeddah, as well as two major shows in the Venice Biennale. During this time she worked in educational practices and organised international symposiums and student workshops, most notably in the British Museum, London and Academy De Kunst, Berlin and has co- edited and co-produced several art publications and artists’ monographs. Aya was born and raised in London in a creative environment. She graduated from SOAS University of London with first class honours in Art History.

Simon Sakhai co-founded The Moving Museum in 2013. Prior to that he has a longstanding interest in global dialogue and contemporary culture. Simon holds a Masters Degree in Contemporary Design from The Sotheby’s Institute of Art, London, as well as a BA in International Culture and Politics from The City University of New York, having also completed research fellowships at The University of Hong Kong, Georgetown University Washington DC, and The American University in Dubai. He has held positions at the US Department of State in Washington DC as well as The Asia Society in New York, and was director of Shizaru Gallery Mayfair under the Khalili Family Trust from 2010-2012. He has helped organize arts related programmes for organizations such as Marie Curie Cancer Care and The World Wildlife Fund, and sits on various committees included Tate Young Patrons in London, and PRAKSIS Oslo. He is the fifth generation in his family to work in art.